A massive tech/PVP modpack with over 500 mods that works great for both singleplayer and multiplayer. Just because it's "lite" doesn't mean it's small. 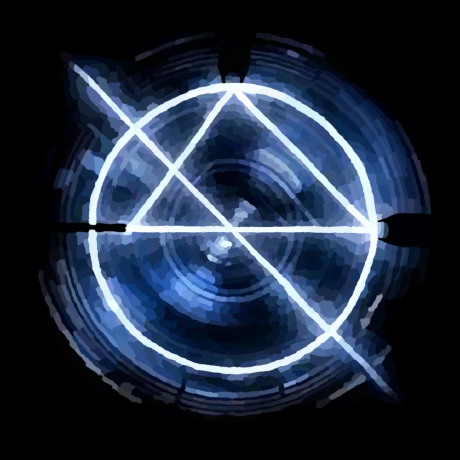 License
LGPL-3.0-only
Client side
required
Server side
required
Project ID
To install BasedCraft Lite, visit our documentation which provides instructions on using ATLauncher, MultiMC, and Prism Launcher.
Host your Minecraft server on exaroton - only pay while the server is running - billed per second.
Ads via Adrinth

This pack ain't for the weak of processing power. Just because this is the "lite" version doesn't mean it's small. Forge says there's 536 mods loaded, so don't expect to be playing this on a laptop or anything.

I'm not great with descriptions, but I'll try my best to explain this abomination of a pack. What started as a pack for personal use with a modest 300 mods has spiraled into an eldritch monstrosity that has taken my sanity with it. There's no way of explaining BasedCraft with words—it's something that must be experienced. It's used to have every mod under the sun, and has about as many as Greedycraft. Tech? We got it. Magic? It's there. ICBMs? Used to, but they decided to only be distributable via CurseForge. Quests? Not yet, but eventually. Perfect for benchmarking your PC, frying your RAM (this actually happened to me), or just having a good time. If you've got friends that's preferable, but you can absolutely play alone (like I do).

You'll need to install any luxpacks yourself, as I didn't include them with this installation. For legal reasons I can't include Optifine within the pack, but I highly recommend that you add it. Just be aware that Colored Lux doesn't work with Optifine, so make sure to turn that off in the settings to save performance. For both size and legal reasons I've had to remove all of the resource and shader packs, but I absolutely recommend adding your own.

While the lite version of the pack contains some of the content that the full version does, I had to remove a lot due to licensing issues (aka I didn't want to have to ask permission to use 80 different mods from devs that haven't been on in 3 years). If you want the full experience, you can download it here.

8GB is technically the bare-minimum amount of RAM required to run the pack (when using the additional fixes listed below), but 12GB or more is recommended for smooth gameplay. It'll take a few minutes to start-up, and keep in mind that first-start will take a bit longer.

It's highly recommended that you follow this guide for setting up OpenJ9. It provides a significant performance boost over the normal Java setup, and works both for servers and clients. To use the custom runtime on a server, you'll have to provide the server with a path to the java.exe file. You can find guides for this online.

Additionally, you'll want to use custom JVM arguments (this is also where you define how much RAM you allocate). Make sure to set minimum and maximum RAM allocation to the same number, as it can slightly improve performance. Add the following after the existing arguments: (-d64 -XX:+AggressiveOpts -XX:+UseConcMarkSweepGC -XX:+UseParNewGC -XX:+CMSConcurrentMTEnabled -Dsun.rmi.dgc.server.gcInterval=1800000 -XX:+UnlockExperimentalVMOptions -XX:+ExplicitGCInvokesConcurrent -XX:MaxGCPauseMillis=50 -XX:+AlwaysPreTouch -XX:+UseStringDeduplication -Dfml.ignorePatchDiscrepancies=true -Dfml.ignoreInvalidMinecraftCertificates=true -XX:-OmitStackTraceInFastThrow -XX:+OptimizeStringConcat -XX:+UseAdaptiveGCBoundary -XX:NewRatio=3 -Dfml.readTimeout=90 -XX:+UseFastAccessorMethods -Xss4M -XX:+CMSConcurrentMTEnabled). The following you'll need to adjust based on you hardware/settings: (-XX:ReservedCodeCacheSize=[half of your max RAM allocation]m -XX:ParallelGCThreads=[the number of threads your CPU has]). JVM arguments are something you should experiment with, as there are plenty of options available. I've simply given what works for me, though this may not work for you.

The RAM-cleaner mod can get pretty annoying due to it occasionally freezing your game for a few seconds, so feel free to remove it. It's more to deal with memory leaks than anything (which are a legitimate problem with this many mods), but it often feels like it's more of a hindrance than anything. If you're playing with less than 10GB of RAM, you'll definitely want to remove it. It works off of both a timer and usage percentages, so when you're consistently above 80% it will try to clean the RAM more than it needs to.

(I'll upload the server files later. For now, you'll need to setup the server yourself with the changes listed below)

In order to host this pack as a server, you'll need to remove [1.12.2]RealTimeTranslation-6.0.1.jar, mightyarchitect-0.3.0.jar, moredifficultylevels-0-2-1-12-2.jar, Notes-1.12-1.1.1.jar, soundcap-2.0.jar, waterskin-1.0.1.jar, and LegendaryTooltips-1.12.2-1.1.6.jar from the server mod folder to prevent any crashes on startup. They're safe to leave client-side. It's possible that there are more, these are simply the ones that I've confirmed to cause problems. Make sure to experiment for yourself to find out what works and what doesn't.

Feel free to add any suggestions or issues over on the CurseForge page while I look for a better way of doing so. I originally posted the pack there, so you'll find info there that isn't here and vice versa.

Out of spite, the following will use h6 rather than paragraph tags. I completely understand that people want credit for their mods, I'm just annoyed that I had to spend an hour making a list of links.

THE WALL OF SHAME

These are the mods that decided to only be redistributable on CurseForge. I don't hate the devs of these mods, nor do I want anyone to harass them. I am saying, however, that I would really appreciate if you made it so we could post them in modpacks outside of CurseForge. I know I could just ask permission, but half the devs are inactive and I lack the patience to ask permission to use 80 different mods. A lot of these probably aren't intentional (some are even open-source), but their licensing means I can't include them here.

If you want your mod removed from this version of the pack for whatever reason, just contact me on CurseForge. I'll even add you to the wall of shame.

This would've been hell if I didn't already know HTML