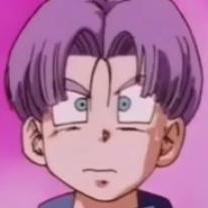 Did you ever think the end was lacking content ? And that too many mods don't add content without being in excess or adding dozens of sets of useless ores or useless armors ? Unusual End is my answer to this problem, trying to add only what I think is necessary without losing the atmosphere of the dimension. It currently adds a few structures, some mobs and blocks and a new mini-boss

Chorus Roots & Ender Fungus are two new plants inspired by the Nether Update. You can use them with some other items to obtain an Ender Stew. You can find them in End Midlands and Highlands, so it won't break other end biomes mods. You will also find Raw Purpur patchs around the world for building. Furthermore, you can turn it into Polished Purpur and Purpur Block.

Enderblobs will drop Ender Blob on death (Ender Slimeballs). Eating it has a 30% chance of Ender-Infecting you. You can also turn it into an Enderblob Block. It won't make you bounce or stick like honey or slime, but negate fall damage, slow you and reduce your jump height on it. You can also use it with Chorus Fruits and a Leather Helmet to obtain a Chorus Helmet. On damage, it will teleport you randomly (like when eating a Chorus Fruit), with a default probability of 20% (can be edited in the mod's config file). You can also cancel damage taken on teleportation if they are inferior to a predefined amount (default value of 5 damages / 2.5 heart, can be edited in the mod's config file. One of the bonus achievements require this to be > 0)

Ender Fireflies are new passive mobs, wandering around the End. They are eating Enderblobs and Endermites, and while doing it turning their bodies into Firefly Bulb (like for Frogs and Slimes), a new renewable light source for your End-themed builds. They can be used in Chorus Farms to get rid of Endermites, and tamed using End Blob. You can also make them follow you by holding End Blob.

The Infested End Stone is a light-colored variant of End Stone. Its breaking particles are purple to make them easier to find. This block can't be obtained by a common way. It contains a monster, the Ender Trapper. Walking on the block without crouching will slow you, and you won't be able to jump. If you're not sneaking, the Trapper will head out every 5 seconds to damage you, and instantly hide in his infested block. He won't attack any other entity. You can get an Infested End Stone block by right-clicking an Ender Trapper with an End Stone block, to trap him inside. It will turn his infested block into regular endstone. (Don't try to summon an Ender Trapper using a spawn egg if you want it to be able to attack. You should instead use an Infested End Stone block under a carpet)

Undead Enderlings are undead aggressive flying mobs. You can obtain by killing them Underling Scraps. Those scraps can be used with Phantom Membrane to obtain Phantom Blocks or Enderling Scrap Leggings. Phantoms blocks are considered by entities as solid, but all mobs can pass through, allowing you to easily setup trap or to use it as a safe door. The Enderling Scrap Leggings allows you to slow fall and turn invisible when sneaking

You can now obtain a Bottled Shulker Bullet by right-clicking a Shulker Bullet with a bottle. It allows you to create Levitation Potions / Arrows, and can be drinked to get levitation for the same amount of time as a shulker bullet. Shulker Shooters can be crafted using 4 of them, 4 End Stone Bricks and a Dispenser. You can cure the Ender Infection by using a bottle of Chorus Juice, obtained with a glass bottle and 3 chorus fruits.

Weak End Stone Bricks can be found in ruined structures or obtained by cooking End Stone Bricks. Walking on it without sneaking will instantly break the block. You can put carpets above it to create an invisible trap.

The Infused End Stone Bricks can be obtained in Ancient End Cities or crafted using 8 End Stone Bricks and 1 Dragon's Breath bottle. Walking on it without sneaking will give an instant damage effect, it can be used for farms or traps, and work with a carpet above it.

Chiseled End Stone Bricks can be obtained in a Stonecutter. They are adding semi-lore to the End, telling stories on the walls of certain structures. They are 6 variantes ("Us", "Dragon",  "Work", "Scared", "Friendship" and "Builder") telling stories about Endermen and another mysterious mob (Maybe the Ancient Builders, who knows...).

The Wandering Pearl can be obtained using 1 Ender Pearl and a Chorus Fruit. It will teleport you to a safe place (if there is one) around the block it lands on, allowing you to teleport you in a safer way (no more bumping into the side of a block). The Teleportation Anchor is used to teleport yourself. To use it, you need to sneak right-click it with a Gilded Pearl. You can use the Linked Gilded Pearl to teleport yourself instantly to the Teleporation Anchor with a 5 minutes cooldown, consuming the Pearl in the process. If your Pearl is linked to a broken / moved Teleportation Anchor, you will be randomly teleport around the world spawn between 1000/1000 and -1000/-1000, even if the place isn't safe and get the message "Your Gilded Pearl broke because she couldn't find the teleportation anchor".

The Endstone Golem got 500 hearts, and deal 9 hearts. He will cooldown your main/offhand items and slow you each time you will get hit. He can also push you up, give you levitation, explode or give you a new effect, Building Inability. While having this effect, each block placed will have a cooldown time and damage you (you can remove damages using the gamerule buildingDamage). The Endstone Golem will drop a Shulker Orb on death.

(These items are Curios Compatible, and can be activated from anywhere in the Inventory)

The Ender Respawn Altar is a Respawn Anchor. It can be used in any dimension, won't explode, and will keep your respawn point when destroyed. To use it, you need to infuse it (Right-click it with a Dragon's Breath bottle). The empty part of the side texture will turn pink. Then, you can right-click it to set your spawn point, which will consume the Dragon's Breath inside the block, and confirm it with a message. The Dragon Lamp is a new type of redstone lamp, spreading Dragon's Breath particles around.

The Purpur tank is a new storage block, working like a barrel but with an extra row of slots (36 slots), making him useful for compact storage, to gain a bit of space while not making the chest useless as you can't create double-tanks. The Floating Pouch will push you and give you slow falling, allowing you to explore easier without breaking blocks / double jump. You can adjust the cooldown using the gamerule FloatingPouchCooldown (time in ticks).

The mod also add an incredible disc by RedWolfNinja, you can listen it here : https://youtu.be/hdYfaqROcS0