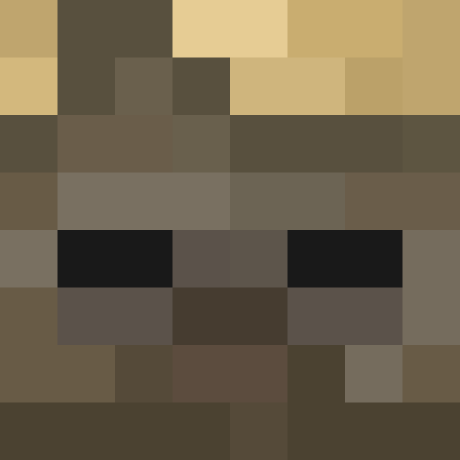 HuskHomes 3.2.1 is now available to address some outstanding issues present in v3.2, including some critical issues if you are using permission restricted warps.

To update, just drag+drop. You may wish to regenerate your languages file if you're making use of the mentioned locales that received updates.

HuskHomes v3.2, although light on new features, is heavy on fixing various issues encountered by users in the previous version. Most noticeably, it adds a new config option to let /sethome and /setwarp commands overwrite, fixes issues and introduces new API for bulk-delete commands and makes significant improvements to the performance and API for random teleports.

To update from v3.1, regenerate your config.yml and messages.yml files. If you're updating from older versions, you'll need to follow the legacy migration instructions.

Fix permission restricted warps not being hidden from tab completion

Ensure users get put in centre of blocks, fix #263

⚠️ You must regenerate your config file to upgrade to this version from v3.0.x! Upgrading from v2.11.2? Follow these additional instructions as well.

HuskHomes 3.1 introduces a new developer API for executing teleports, makes a number of stability improvements and fixes a few bugs.

You must regenerate your config file if you're upgrading to this version from v3.0.x! Regenerating your messages file is also recommended. Thank you!

Add @YamlKey specification to some fields in spawn and server files, fix #242

HuskHomes 3.0.4 fixes more bugs that cropped up in previous releases, including an issue preventing random teleport cooldowns from working.

This release requires an update for HuskHomesGUI (v2.0.1). Please update the GUI plugin too!

To update from v3.0.x, you should regenerate your messages.yml file (delete messages-xx-xx.yml in your /plugins/HuskHomes/ folder and drag+drop the jar file). If you are upgrading from 2.11.2, you will need to follow these steps.

Bump minedown-adventure from 1.7.1-SNAPSHOT to 1.7.2-SNAPSHOT

Fix COMMAND_EDIT_HOME_PRIVACY node not being checked for editing home privacy

To update from v3.0.x, you should regenerate your messages.yml file (delete messages-xx-xx.yml in your /plugins/HuskHomes/ folder and drag+drop the jar file). If you are upgrading from 2.11.2, you will need to follow these steps.

Create #getLocalPublicHomes and #getLocalWarps, use server for checks with world UID fallback, fix #215

To update from v3.0, you need to regenerate your messages.yml file (delete messages-xx-xx.yml in your /plugins/HuskHomes/ folder and drag+drop the jar file). If you are upgrading from 2.11.2, you will need to follow these steps.

HuskHomes 3.0.1 is a bug fix update to address a few outstanding bugs present in v3.0.

To update from v3.0, just drag+drop the jar file. If you are upgrading from 2.11.2, you will need to follow these steps.

Use #thenApplyAsync on potentially blocking futures

HuskHomes v3.0—the third major version of HuskHomes—is now available. It's a complete rewrite of the plugin which brings about a brand new backend database schema and system, an all-new frontend menu design and chat interface, new features, upgrades to existing ones, a new developer API and many small tweaks and improvements!

The following add-ons have been updated to support HuskHomes v3.x. Please download the new versions:

My other plugins, HuskBungeeRTP and HuskTowns will be updated in due course to make use of this new update. Please sit tight!

If you're updating from HuskHomes v2.x, please follow these steps to upgrade. HuskHomes v3.x has been designed to be as easy to upgrade as possible, so for most people this will amount to just dragging and dropping the plugin and deleting the old messages file.

The plugin documentation has been rewritten for v3.0—please have a read!

API: Change #getRandomPosition to accept an OnlineUser as arg instead of their position

Suggest delwarp command instead of running it in edit warp menu

Make getting warp lists async due to blocking event

Spawn: Simplify getting method, refactoring, add way of getting via API

Database: Rename setHome and setWarp methods to "save" for consistency

API: Add methods to get a locale from the locales file

Note: This is the initial release version available on Modrinth!

HuskHomes 2.11.2 fixes a few bugs with previous versions and makes some optimizations for Redis users.

To update, just drag+drop. For Redis users, the new use_ssl config option should appear under redis_credentials in the plugin config.