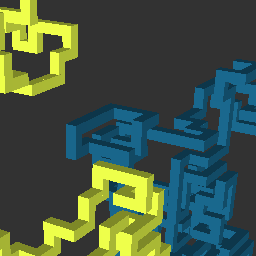 This project is currently in beta. Expect bugs, missing items, and sometimes needing to use a command to fix things. Please make regular backups.

Here is a picture of one of my dev worlds:

As of version 0.3.0, survival-based recipes have been added. Most circuit components are crafted using a machine called the Redstone Assembler. Redstone assembler recipes are visible in REI and EMI.

The Redstone Assembler can be crafted in a normal crafting table like such:

Redstone Alloy Ingots can be crafted in the Redstone Assembler:

Red Alloy Wire can then be crafted:

Or Insulated Wire can be crafted:

Wired Redstone machines have recipe support in both EMI and REI.

Many Wired Redstone gates and wires will show extra information in the WTHIT HUD.

Wired Redstone uses GraphLib for managing its wires connections. Sometimes you might encounter a strange mod interaction or corruption caused by a crash that causes wires to stop behaving correctly. If something doesn't seem right, GraphLib has some commands that can help. These commands can be accessed via:

This mod is licensed under the MIT license. This means you can redistribute it, make derivatives of it, and include it in modpacks.